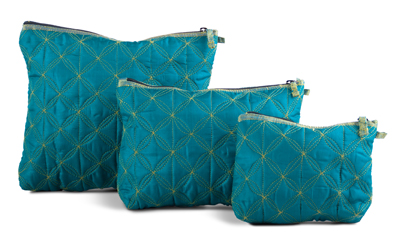 The Gu Chu Sum movement supports former political prisoners, many of whom are monks and nuns who were imprisoned and tortured in Tibet for doing no more than peacefully demonstrating for basic rights.

Endorsed by the Dalai Lama, the Tibetan Government-In-Exile, and the Indian Government, Gu Chu Sum aims to meet immediate needs such as housing and medical care, while ultimately fostering self-sufficiency through education and employment programmes.

The GuChuSum tailoring centre was established in 1991 to provide training and employment. Initially employing only a few craftsmen, the workshop now employs around 20 tailors, mostly women. In addition to providing an income, housing, food and medical allowances for their staff, the centre also helps preserve the traditional arts of Tibetan costume and dress.

Furthermore, each year Gu Chu Sum also educates up to 30 ex-political prisoners, or their family members, to provide skills which will enable them to reintegrate into society and become self-reliant. Most students have never had the opportunity to study nor had any sort of skills training due to having spent a great deal of their youth in prison. Many suffer long-standing health problems as a result of extreme torture endured in prison, and are unable to attend the institutions provided by the Government–in-Exile, so Gu Chu Sum plays a vital role in helping them build a sustainable future and become self-reliant. Many former students now work in NGOs, businesses and even the Tibetan Government-in-Exile.

Check out our online shop to support this project