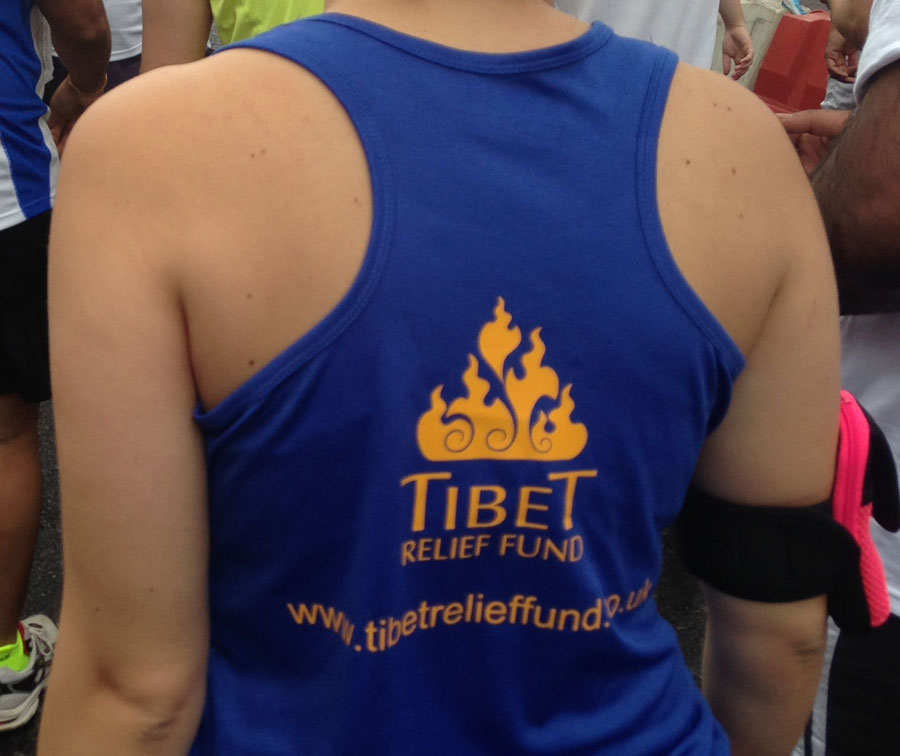 In July we had a number of people taking part in a challenge to raise money for Tibet Relief Fund. It is amazing that people put themselves forward and push their bodies in order to raise money for us. We had a swimmer and four runners, so thanks to:

Joe Briscoe who swam the Solent, from the UK to the Isle of Wight.

“Much harder than I thought, and it was pretty choppy – some really difficult waves in the middle part of the swim – but glad I did it!” – Joe Briscoe

We had three people who took part in the London 10K run, Frederica Mirto, Cristina Cardarelli, and Anna Ray

“It was a nice run and we had a lot of fun.” – Cristina Cardarelli

We also had Georgia Brown once again pulling on the Tibet Relief Fund vest to run in another half marathon.

Many thanks to you all.

If you are taking part in a run, a swim, or some other challenge then why not use it as an opportunity to raise money for Tibet Relief Fund. Get in touch with us: [email protected].