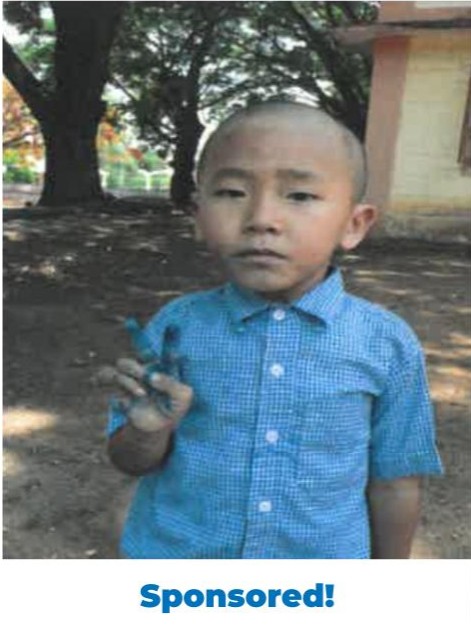 Tenzin Yougyal was born in 2013 in Dharamsala, North India and later relocated to the Tibetan Dekyi larsoe Settlement in South India. As the only son of a single-parent family, Tenzin’s father struggles to care for him alone, so is co-parented by his elderly grandmother. As you can see by his picture, Tenzin loves to paint! He also loves spending time with his friends and eating Momo. Please sponsor this fantastic little boy today.

Through our sponsorship programme you provide supp

Meet @tenzin_phuljung , who will be leading a very

"...a clean environment is a human right like any

Thank you to everyone who took part in last Friday

Just one month to go until Meditate for Tibet 2021

We're very excited to share this with you. Tomorro

Kalsang Amdo is 71 years old. He was born in Tibet

Thank you for your amazing response to our emergen

This #WorldMeditationDay is the perfect time for y

In case you missed it, Tibet Relief Fund is lookin

Your support has refurbished and equipped a creche

This is an urgent appeal from our partner Tsering

Over the last year the world has seen first-hand t

Update from Steve who is currently walking 900 mil

Our raffle has now been drawn! Congratulations to

Looking to become a charity Trustee?⠀ ⠀ We are