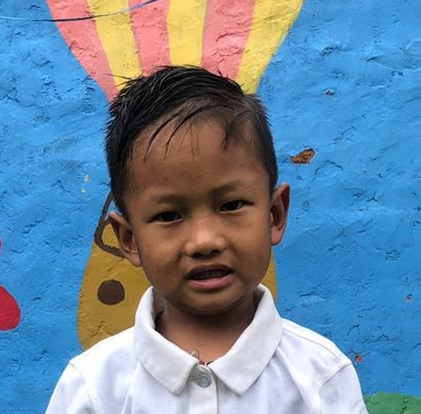 Tenzin is five years old and from Kathmandu, Nepal. He is the youngest of three children, and looks up to his older brother and sister who study at the same school Tenzin recently joined. Tenzin is known as a good boy with a sweet, kind nature who loves to play with action figures. He is one of the most popular children amongst his fellow classmates. Tenzin’s father works at a local handicraft centre, and due to the limited income he generates, he struggles week to week to financially support his youngest son. Please sponsor Tenzin today.

We would like to wish His Holiness the 14th Dalai

"No matter how strong we may feel, our survival de

Good luck to everyone on Team Tibet playing in the

We’re excited to bring you a third Tibet Bazaar,

Can you help keep the Tibetan language alive in Ne

We're so pleased to announce the two passive solar

Today is #WorldRefugeeDay and we would like to hon

“Rewa” means hope in Tibetan. In April, your d

Our brilliant trustee Greg is running the London M

Come and work with us! We're looking for a brilli

"The goal is not to be better than the other man,

Did you know that passive solar greenhouses don't

In 2018 your generous support of our crowdfunding

This is a special appeal from our Project Liaison

Enjoy a moment of calm this #WorldMeditationDay wi

Join 567 sponsors and support the education of a T