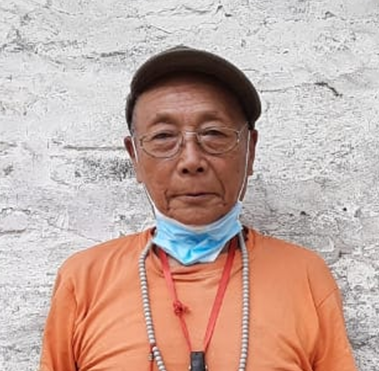 Mr Kyipu was born in Tibet in 1942, and like many others, settled in Nepal after fleeing his homeland to avoid persecution. When he first arrived in Mustang, India, he joined the Tibetan guerilla movement, which he continued to serve until the group disbanded. He then moved to a Tibetan settlement in Pokhara and worked as a carpet weaver, alongside his first wife. Unfortunately, Mr Kyipu’s first wife has since passed away. He did remarry, but had no children, so Mr Kyipu now finds himself alone. Mr Kyipu now works as a noodle maker, but given his years, would now like to retire. Please sponsor Mr Kyipu today so he may enjoy his elderly years in peace.

Become a Hope Giver today and give a young Tibetan

From as little as £5 a month you can now sponsor

The Tibetan flag is one of the most contentious an

Hepatitis B affects one in ten Tibetans living in

If you're a Tibet Relief Fund supporter, your summ

There has long been a need for a “citizens’ ad

This is your last call to place your bids in Tibet

With just one gift, you can: ✓ Give Tibetan chi

Tibet Bazaar is off to a flying start! You've plac

Did you know you can support Tibetan communities b

Thanks to you, @shatsa.organisation has set up the

We would like to wish His Holiness the 14th Dalai

"No matter how strong we may feel, our survival de

Good luck to everyone on Team Tibet playing in the

We’re excited to bring you a third Tibet Bazaar,